The History of Perfusion

The history of perfusion dates back nearly 200 years.

Perfusion can’t be credited to a single inventor or a single device. Countless scientists around the world, working with a variety of equipment, all contributed to the perfusion process we know today.

The first perfusion experiment was likely conducted as early as 1828. At this point, scientists were observing how different body tissues responded to the injection of blood (like muscle contractions in a rabbit). They were also beginning experiments on oxygenation, which one scientist discovered by shaking a vial of black blood until it became red again. (Very exciting.)

Fast forward to 1858, when a scientist named Eduard Brown-Sequard started injecting blood into the arms of criminals that had been decapitated. He found evidence that perfusion caused their arms to become briefly responsive… which is probably just as creepy as it sounds. He also noticed nerve responses in a dead dog’s head after a blood injection.

Soon after, in 1885, two scientists — both named Max (von Frey and Gruber) — came up with the closed circuit system for perfusion and develop their own device for it.

A scientist named Carl Jacobj thought that the two Maxes had created a device that was cumbersome and costly, so he made his own. That was the first time that bubble oxygenation was introduced to closed circuit perfusion.

Fun fact about Jacobj: He was also known for using a blood anticoagulant that he extracted from a bunch of leeches. 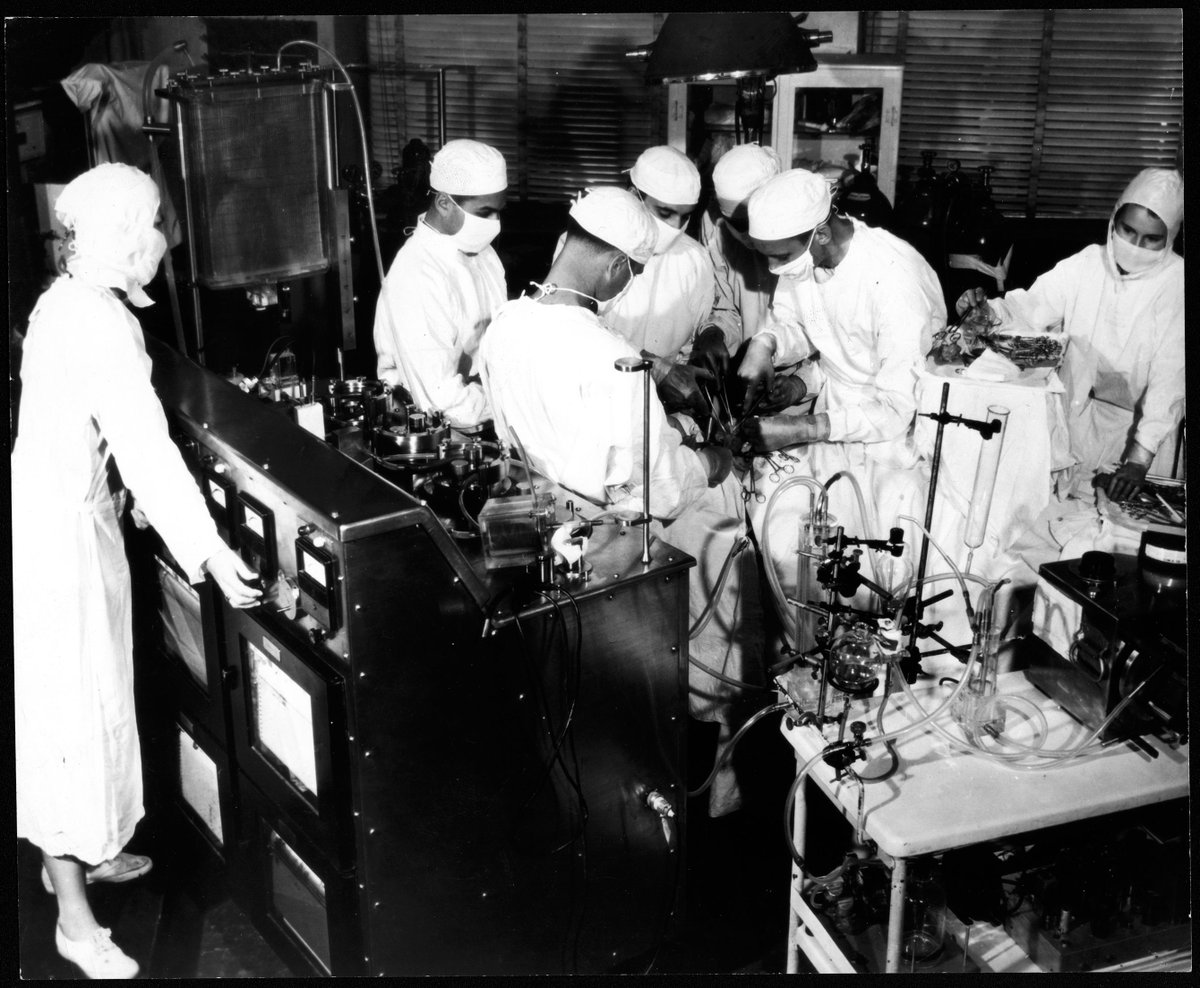 At the turn of the century, scientists were still refining the oxygenation process and the perfusion devices that had been created up to that point.

They began to dream about how perfusion could save human lives.

A scientist named Sergei Brukhonenko opened the door to the process of providing perfusion for the whole body after heart removal.

Then, in the late 1920s, a famous figure entered the perfusion scene: Charles Lindbergh.

In 1927, Charles Lindbergh had finished his historic solo flight across the Atlantic, so apparently, he had some free time to become absorbed in other problems — such as how to keep human organs alive during surgery.

Admittedly, this wasn’t completely random. Lindbergh got invested in the problem because his sister-in-law developed heart disease but wasn’t allowed to have surgery. The surgery would require her heart to be separated from her body too long for her to survive.

Charles Lindbergh wondered why no one had solved this kind of problem before. So naturally, he found a Nobel Prize-winning scientist to work with and began developing a perfusion device.

In 1935, Lindbergh and Alexis Carrel ran a successful experiment on an isolated animal organ with their brand new perfusion pump.

Their device would become irrelevant within 20 years, but it was still a significant contribution to the perfusion devices that followed.

Around the same time, scientist and clinician John Gibbon began developing a heart-lung machine. He was able to replace heart and lung function in cats for 25 minutes.

He continued to work on whole body perfusion while others were limited to performing perfusion experiments on isolated areas of the body.

A Dutch physiologist who was also working toward whole body perfusion, J. Jongbloed, developed an oxygenator that could replace the oxygen output of the human heart.

The first reported clinical use of a heart-lung machine on a human being was in 1951 for the surgery of a young girl in Minnesota.

And the first total cardiopulmonary bypass was performed in 1953 — by none other than John Gibbon.

The 1960s saw developments in the heart-lung machine that allowed perfusion for more extended periods of time.

In the 70s, two doctors — Walton Lillehei and Richard DeWall — created a bubble oxygenator that became the standard of practice, even though a membrane oxygenator was developed in 1976.

By the 90s, the membrane oxygenator had replaced the bubble oxygenator.

Of course, a number of innovations have occurred since then to give us the perfusion devices and techniques that we know today. But perfusion is still being refined and developed in exciting ways.

For instance, donated organs have been transported in ice for the past 30 years. But as a result, medical staff have had a very limited window of time to get the organ to its donor before it’s unviable.

Now, with the innovation of a miniature heart-lung machine, organs can be perfused and transported warm. As recently as 2017, this warm perfusion device was being tested in Europe.

A study from September 2018 cited that new methods of organ transportation, like the use of warm perfusion, could extend the life of organs for up to 24 hours. That could save thousands of lives and get more people off the organ transplant list sooner.

As time goes on, we’re bound to see more great developments in perfusion. If the last 200 years are any indication, the science of perfusion is basically just getting started.